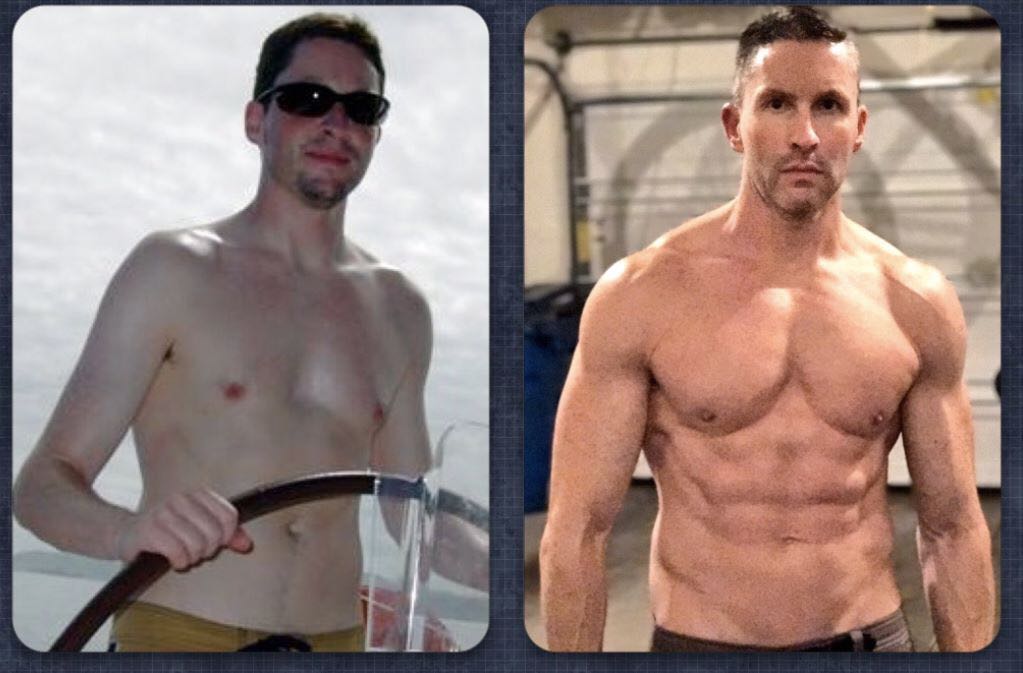 Ted Naiman Bulked Up and Shredded

Dr. Ted Naiman is a board-certified Family Medicine physician who has used his extensive knowledge and understanding of diet, nutrition, and exercise to treat patients, helping them lose weight, greatly improve their health, and drastically improve – in some cases reverse – metabolic and autoimmune diseases.

Having been a vegetarian and a steady-state runner, Ted’s focus is now on optimizing body composition, strength, and endurance using a high-fat, low-carbohydrate diet and high-intensity training. In addition to his medical practice, he is also a musician, an Ultimate player, and a practicioner of Krav Maga.

Have you listened to the first episode with Ted yet? Check it out by clicking here!

In this episode, we cover:

This episode is brought to you by ARXFit.com, ARX are the most innovative, efficient and effective all-in-one exercise machines I have ever seen. I was really impressed with my ARX workout. The intensity and adaptive resistance were unlike anything I’ve ever experienced. I love how the machine enables you to increase the negative load to fatigue target muscles more quickly and I love how the workouts are effortlessly quantified. The software tracks maximum force output, rate of work, total amount of work done and more in front of you on-screen, allowing you to compete with your pervious performance, to give you and your clients real-time motivation. As well as being utilised by many HIT trainers to deliver highly effective and efficient workouts to their clients, ARX comes highly recommended by world-class trainers and brands including Bulletproof, Tony Robbins, and Ben Greenfield Fitness. To find out more about ARX and get $1,000 OFF software licensing fees, please go to ARXfit.com and mention Corporate Warrior in the how did you hear about us field.

This episode is brought to you by former podcast guest, Alex Fergus, Alex is a passionate health coach and has worked with 100s of clients to help them transform their body composition and health. He’s been featured on Paleo f(x), The Mind Muscle Project, and Superhuman Coach. Alex is an accomplished athlete, representing New Zealand in rowing, winning national bodybuilding titles and breaking powerlifting records. He’s a beast, and has very impressive quads, and won the Paleo f(x) RealFit competition, beating people like Ben Greenfield, and get this – 9months leading up to the competition, Alex only trained for 15min per week using BBS HIT principles.

Alex pays close attention to every aspect of his health. As a former chronically sleep-deprived young adult, Alex has invested heavily to optimise his own sleep quality for maximum benefit and has devoted much of his time to researching how to maximise sleep quality to improve your overall health and performance. Alex is giving away a FREE 4 part sleep improvement series with tips that will help you fall asleep faster, give you more energy, and improve your body composition. To get access to his FREE 4 part sleep improvement series, go to highintensitybusiness.com/alex and sign up now.

Fairly recently, Ted posted something interesting on his Twitter page, giving us a quick look at his bodyweight HIT routine and his resulting gains.

The fitness industry doesn’t want you to know that you can get strong on your own with 8 mins of daily bodyweight exercise in your garage. ???? pic.twitter.com/hLvedEX8Ui

QUESTION OF THE DAY: Have you tried doing a daily / high-frequency HIT workout? How did it turn out for you? Please let me know in the comments at the bottom of this post.

Click the link below to listen from the exact time stamp on Overcast: