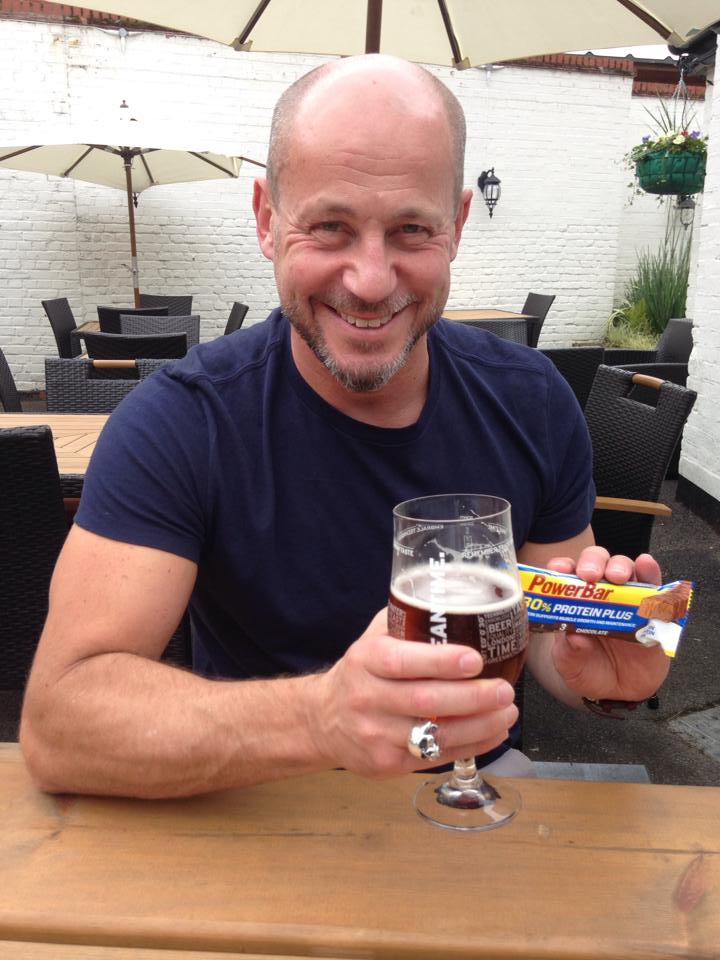 The 30th August 2015 was a special day for me. I took the train to the small town of Manningtree near Colchester in Essex, UK to train and talk with the fresh faced, forever cussing, cigar chomping, Fiat driving, beer drinking, strength training veteran, Ted Harrison.

Ted is the owner of Vital Exercise, a private exercise studio specialising in high intensity training. People travel from all over the country to train with Ted. He’s frequently referred to as ‘the best’ and has forty years experience helping people to achieve optimal results in physical transformation and health.

I was nervous. I hadn’t met a guest on the podcast for a while.

My train pulled into the station and Ted arrived in a beat-up Fiat. He was smiling like a Cheshire Cat and pointing at me. I got in and we hit it off immediately. Ted asked me about Corporate Warrior and before you know it, we start talking about the real personal stuff and Ted told me his story.

His family used to own a successful entertainment business. They sold the business and Ted got divorced losing almost everything. Nonetheless, he’s been able to build a successful personal training business and lives comfortably. He comes across well-grounded and grateful.

We stop for a quick coffee to talk before my workout. Ted said to me “you’re a little bigger than I thought you would be”. It sounds silly, but this was like music to my ears. It’s always nice for an ectomorph to hear that. I know, I know, it’s not all about big muscles as John Little and James Steele have told me. Hosting the Corporate Warrior podcast makes me feel obligated to strive to be in good shape. It’s a useful motivator.

Over coffee we talk about the podcast, exercise, and more about Ted‘s story and personal life. Ted looks great. At fifty four, he’s muscular, lean and doesn’t look a day over 40. He said his youthful appearance is largely attributed to strength training. I believe him. Unfortunately, Ted is an anomaly. Most middle aged men or women couldn’t jog 50 metres without pulling a muscle or collapsing from oxygen debt. ~68% of the US are overweight or obese. The UK isn’t far behind at ~38%. Their is a prevalent belief that the reduction in health, function and quality of life is synonymous with old age. As Skyler Tanner said on my podcast: “it’s bullshit”. With proper diet and exercise there is almost no reason why we shouldn’t be lean, healthy and very physically capable in our later years.

The high intensity strength training community is small, especially in the UK. It was an absolute joy to meet someone with the same passion, and share our thoughts and experiences on this mode of exercise. 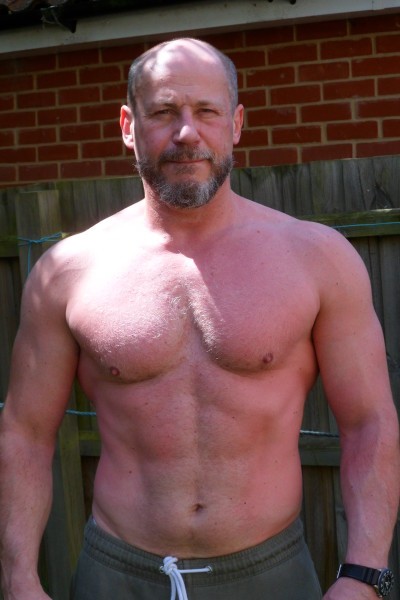 After coffee and some stimulating conversation, we hop back in the Fiat and head over to Ted‘s gym. We pull into what looks like a pretty little farm. It’s surrounded by green pasture and overlooks a peaceful lake. There are a couple of old cottages dotted around. To my surprise this was, for the most part, a business park. A very unorthodox business park.

We walk into Ted‘s gym. It’s very small. It’s minimalist. It’s perfect. It’s not much larger than a basic living room. It doesn’t need to be. It had a Nautilus machine for every major muscle group and a pull-up station for dips and chins. There’s some bottles of water on one wall and that’s pretty much it. Just like most high intensity training philosophy, it provides no more than necessary to get the job done.

Ted has his own method to stimulate hypertrophy in his trainees. He believes that it’s more effective than the Big 5 for this specific outcome. I’m skeptical, but I ask him to put me through it. It goes like this:

First, he put me through a few sets to see what I could lift. He used this to determine the resistance for the working sets. The protocol that follows was just the right amount to take me to momentary muscular failure, but I did not inroad like the standard Big 5 protocol would advocate.

Each set below had approximately 20 seconds of rest in between. Each repetition had a cadence that was approximately 1/3: 1 second concentric and 3 seconds eccentric. I had a couple of minutes of rest between each exercise.

During the workout, Ted transformed into a drill sergeant, barking instructions, making sure the workout was as productive as possible. He repeated his mantra: “volume and brevity, volume and brevity Lawrence”. As I went through the workout, Ted explained his exercise philosophy in a way that I could understand as I experienced it first hand. Periodically, he would relax and check to see if I was OK, “are you feeling nauseous”, he asked. I suppose he doesn’t want me vomiting all over his gym.

The total workout was under 20 minutes, and by the end of it, I was absolutely gassed and felt like I had a profound muscular pump.

Was it a superior protocol or was it just because it was a new set of exercises, a new set of skills, that made it metabolically demanding?

I do know that’s it’s worth experimenting. I don’t think it’s right to stick with one protocol. I think one should try out different protocols/modalities and remain open minded. It’s one of the best ways to keep learning.

My DOMS (delayed onset muscle soreness) were severe. They reminded me of how I felt after my first Big 5 workout. The next four days were very uncomfortable. Just getting up off a chair caused me to grunt like a cave man.

Regardless whether Ted‘s personal approach to stimulate hypertrophy is more or less effective than a traditional Big 5 or another HIT protocol, he is a master personal trainer and one of the top trainers I know, and I know a lot of the top guys in the world as they’ve been on my podcast.

After the workout, we strolled into Colchester town for some post-workout nutrition. Ted recommended the East Coast Diner; a greasy burger joint. Not exactly what I had in mind to replenish my body. We both ordered the Baconator with sweet potato fries and a couple of bottles of Flying Dog Pale Ale. It’s not often that I get together with guests on the podcast, and it was fun to knock back a few beers and relax. What followed was some great conversation on health and fitness, and great podcasts like London Real and The Tim Ferriss Show.

This experience reminded me of something very important: you are the average of the five people you spend the most time with. If you want to be happy, motivated, successful, etc, you must spend less time with people that hold you back or make you feel miserable, regardless of who they are and their relationship with you. Instead, you should seek out like-minded individuals that empower you and make you feel great during and after your time together.

I am making a concerted effort to spend more time with people like Ted.

A lot of the HIT trainers are criticised because they don’t walk the walk. They often preach about brief and infrequent high intensity training as the best tool for physical transformation even though they are 30 pounds fatter than their former self.

Ted is not that guy. He is the real deal. A genuine lad with a passion for exercise and helping people.

Check out my interview with Ted here (sorry about the echo on this one):