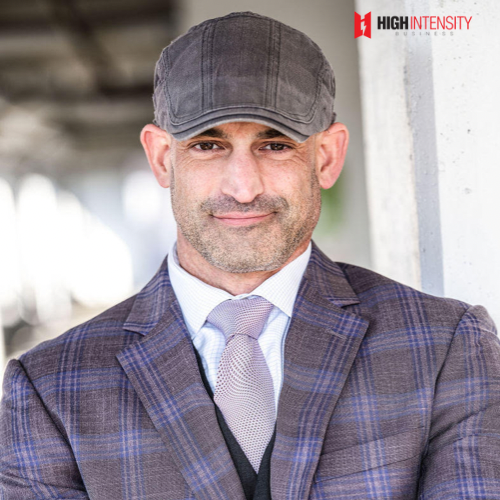 Albert Coleman (albert @ phxstrength.com) became interested in strength exercise in high school to improve his performance as a baseball player. This interest became a passion when he went on to play Division 1 baseball and was at the mercy of ill-informed strength coaches. Needing to find a better way to keep him injury-free than what was being presented to him by the college strength and conditioning staff, he chanced upon the SuperSlow technical manual while combing the shelves of a Borders. A few years later in 1999, Al passed the test of the most stringent certification in the industry; the SuperSlow Exercise Specialist Certification Following, Al spent the next 10 years under the tutelage of Master Instructor Rob Serraino and honed his craft.

From 2010-2019, Al worked for RenEx/Overload Fitness where he served as Director of Education. During this time, he worked in close concert with Ken Hutchins, Josh Trentine and Gus Diamantopoulos in refining the RenEx Protocol. In 2019, Al moved back to Washington DC and began to work with Nicole Gustavson and her team. In reconnecting with Nicole, Al found both the ideal business and life companion.

A “Slow Show” of a story about how two people came together in business and in life, at just the right time.

In 2011, in preparation for the opening of what would be her first of two InForm Fitness Virginia studios, Nicole traveled the country visiting various veteran HIT strength studios to do research. While visiting Overload Fitness in Cleveland, OH, to discuss a possible business partnership with RenEx Exercise Equipment, she met and witnessed Al Coleman demonstrate a set of the Leg Press exercise to failure. Was it love at first sight? With Nicole witnessing someone physically pushing themselves with such intensity, and with Al suffering the immediate effects of such intensity, one could rest assured that it would take them both years to process this chance encounter. In fact, Mr. Coleman’s level of post-exercise delirium left his memory vague at best about what would turn out to be a pivotal moment in his life.

Fast forward 8 years, Al relocated back to the Washington DC area where he grew up, bringing his experience in training instructors, as well as developing and refining protocols to help another studio. Al reached out to Nicole on a whim, and the rest is history that’s still in the making. Nicole’s studios in Virginia provided a platform for Al to continue to develop and refine his ideas, which helped her business evolve.

On the personal side, Nicole and Al found in each other “their other half” as people say. After both having experienced the rougher side of life over the previous several years, the fortuitous partnership of Nicole and Al tells a love story of two people coming together to help one another during a time when the rest of the world is falling apart.

Seeing obvious shortcomings in the way that high intensity strength exercise has been taught, Nicole and Al set out on a new course to change the way exercise is taught and delivered to the exercising public, and hence Automated Muscle was born.

In this episode, Al shares the PHX Strength story, the squeeze technique, thoughts on HIT principles, what he’s changed his mind about in HIT, and much more.